Down the Rabbit Hole, Part One 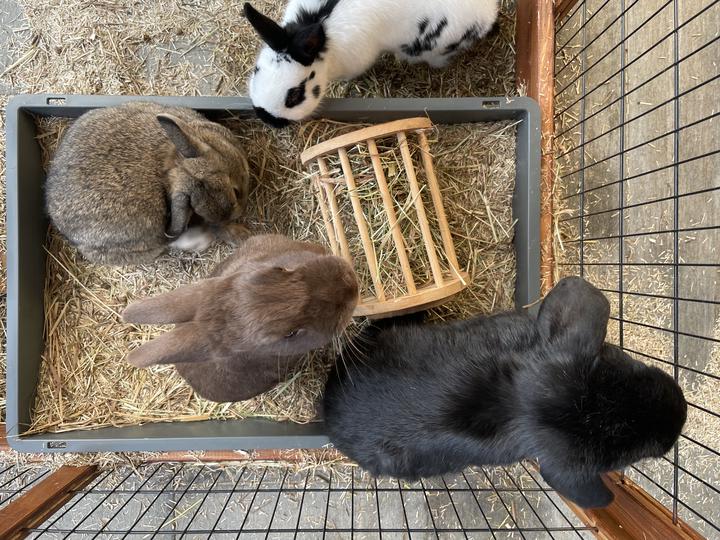 That people “disappear” into Google after joining (especially from academia) is a complaint so often told that it’s nearly a cliche… says the Googler whose last blog post, about joining Google, was over two and a half years ago.

I didn’t just go down the rabbit hole of compute infrastructure at Google in the intervening quarter-decade. I also picked up a synth or six, and, as a bonus, some actual rabbits.

Alas, most of the delay was needing to actually find an uninterrupted chunk of time where I didn’t have anything better to do and during which the weather was uninspiring enough to keep me inside, to allow me to do various IT backend things to get the blog back up on its feet due to drift in its dependencies (a Christmas tradition around here). An oncall shift on what would have been a day off, traditional November grey, and (motions at the global pandemic, round four) did just the trick.

I haven’t written much about the new gig on this blog, and I won’t, for various reasons. However, I can report the following:

What would a rabbithole be without actual rabbits?

One thing about being a working geek during a global pandemic is that every day becomes live, via Internet, from the Hammock2, timezone weirdness included if you work SRE with a sister team in California.

The other thing is you spend a lot more time at home and a whole lot less time traveling3, so things that were impractical become less so. Like animals, and animal logistics, and learning that the game is over once the animals learn that if they jump through the electric fence there is no path to ground and they are home free.

There will be more rabbit stories in subsequent posts.

Just before the pandemic hit I was thrown (back) down another rabbithole by a colleague at the office: electronic music. I’ve always been inclined to be a not-very-good musician, from my time in a Memphis high-school living room jam band as second rhythm guitarist, to exasperated attempts to program a very used Yamaha SY55 without the manual, to equally exasperated attempts to get a Roland MC-303 not to sound like an MC-303 back in Pittsburgh. I picked up a Novation Circuit and realized well, you didn’t actually need to be all that good at music to make electronic music that sounded nice. Then the pandemic hit, and my modular problem started.

I got started in modular because even a standalone groovebox like the Circuit needs a fair amount of interaction with a computer to change samples or program patches, and I spend enough time staring at a screen in this room for money that I’m not inclined to do it for fun. I kept going because staying inside doing nothing during a global pandemic is a great way to amass surplus fun money, and Eurorack is a great way to get rid of it. I did the standard buy-too-much-stuff thing half because I forgot about having a useful musical vision, and half because I was still trying to figure out what my musical vision is. But it’s calmed down now to the point that I know enough about what I’m doing to actually make music, on which more on the music site.

And now I’m back, again again. The technical underpinnings of the blog have been cleared of their bit rot, I have a few things to say about old topics4 and new. See you in subsequent posts.

(1): unless you’re on a measurement infra SRE or dev team, of course; I’m not.

(2): usually not literally from the hammock, though there are a few people from my team who do so regularly. I haven’t yet brought my hammock indoors to be able to play along in the winter… though I am thinking about it.

(3): this year, especially, I have come to realize the extent to which my “surviving November in Zurich” plan used to be “don’t be in Zurich”.

(4): who in Switzerland, who has seen the intentional executive mediocrity built into the federal government working as intended during the pandemic, doesn’t have something to say about Swiss politics these days?